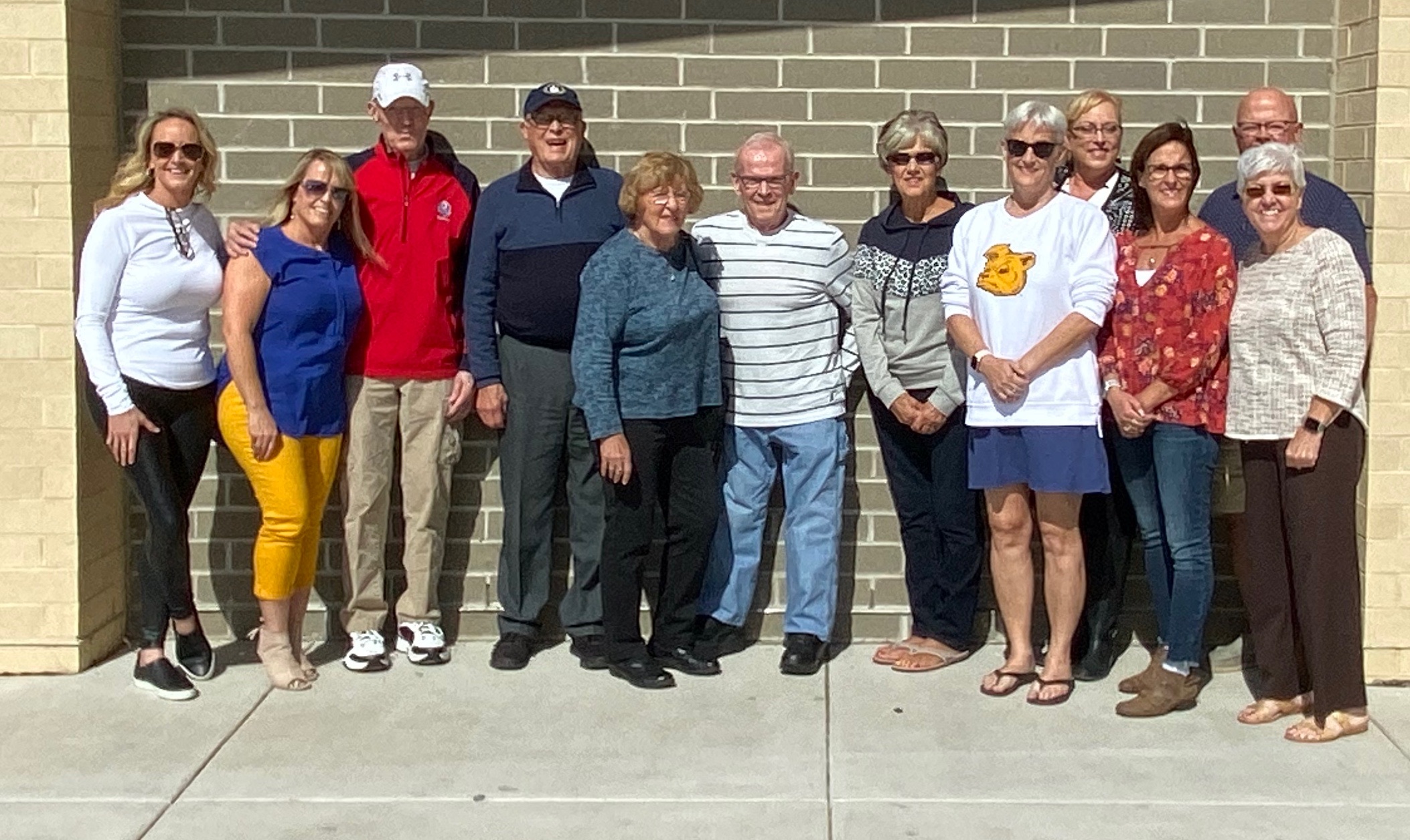 Please take note that this recap of the journey was composed in several segments so there is some redundancy.

On Wednesday September 25th Sara and Sue flew into Madison as Judy, Sally and I drove from Des Moines. We came together at 11:00 in the evening, went to the Hampton Inn in Monona for several hours rest then had a full day on Thursday meeting our new Everson and Margaret Gross families.

It all began at 8:00 Thursday the 26 of September with a gathering of the Mathews’ and Patti Krueger Epstein, granddaughter of my mother Margaret Gross in the lobby of the Hampton Inn. Patti is the daughter of Pat Gross Krueger.

Patti brought a file and several manila folders of pictures of the Margaret Gross families. Patti gave us a description of the photos and Sally recorded them on her iPhone for future reference. Patti gave us some time in the morning and was flying out of Madison to LA to meet recently found relatives on her husbands side.

We found Patti to be open and accepting, most of all a perfectly delightful niece and aunt to my girls. We all hope to continue the relationship as she is a great ambassador for the Gross side.

Next at 11:00 we met the Everson family at Buck & Honeys in Monona for lunch. The five of us met with seven from the Knute & Ida Everson side enjoying the most delightful group of newly found relatives we could hope for at two hour lunch. After lunch we moved outside in the marvelous Madison sunshine that brought us, again, some great camaraderie.

Judy, Sara and I had met Karen and Lowell and their daughter Jill DeRoy in KC in April, and Mary Jo in June. Everyone else we were greeting for the first time and it was absolutely perfect as perfect can be.

Jim and Bob Everson were what a guy would most desire in brothers if he had a choice and in this case I did. Love those guys, easy to talk to and seemed to be open to this guy who recently appeared on the scene as surprise to everyone. I will no trouble with Jim and Bob as long as I’m a Packer fan and can talk golf. I will certainly be a U of Wisconsin sports fan as long as they are not playing Iowa.

Suzie and Jackie, daughters of JIm were delightful as was Roberta, wife of Bob. Sat across from Roberta and we had a delightful conversation.

This luncheon was utopian. It was a model of what one might expect in this situation. We hope to continue the family gatherings as there are many more relatives to meet.

At 2:00 on the afternoon of the 26th of September we had a meeting with Marcia Hur, my only living sibling of seven from my mother Margaret Gross. Marcia and I had communicated previously but had not met. The meeting took place at the Tuvalue Coffee Shop in Verona, WI a suburb of Madison and was perfect as we only had a limited time in order to get Sara and Sue back to the Dane County Municipal Airport (MSN). It was a meeting of Margaret’s first and last child with some 20 years difference in age. Marcia was very warm and open to all of us and also brought a packet of pictures for us to peruse.

One of the most nagging questions was that Margaret went to her grave without revealing anything about her first born. There were other possible opportunities of queries or people who knew something, i. e., Mary Ellen Kormacher who was Margarets mother-in-law that had a brother Dr. Edwin Korfmacher in Grinnell and was responsible for Margaret giving birth to me in Grinnell, but those people are all gone. Many questions will continue to go unanswered.

Anyway, everyone loved the Marcia get to gather but it was way to short.

Back to first segment – Introduction