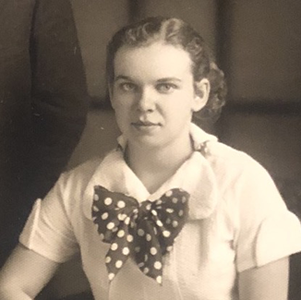 One thing that advanced us to far in the search for the maternal side once we found that my mother was Margaret Voges was my new sister Mary Jo Everson Feuling. Bear in mind that Mary Jo was from the paternal side. Mary Jo was on a short term leave from her job because of a meniscus repair and had time to fill at home. She was more than eager to research the maternal side that had been somewhat elusive up to this point. With the help of my daughters researching obituaries, class books and whatever articles they could find and with Mary Jo contacting Margaret Voges Gross’ granddaughters, nieces and others we were able to put together as much as we could of my mothers side. Kudos to my daughters, Mary Jo and the army of interested people who stepped up and did what they could to tie this together.

The thing about this is, as mentioned before, in my adoption, all of the documents pointed to, Margaret Madison of (Dane County) Madison, WI. as my biological mother. The paternal side in all of the documentation was never identified except as “Unknown”. So, looking for Margaret was the focus. There are several mentions of Margaret Madison in a couple of these segments and how Sara transitioned that to Margaret Voges. Initially, what we found looking for Margaret was the paternal side or the Everson’s. Mary Jo had a test DNA on Ancestry.com that was an immediate match and the pathway to all the research that followed. We thought this side might not ever be found. What a surprise and a good one.

Margaret had four children by her first husband and two with her second plus the mystery child (me) that totaled seven. Of all the children only two are living today, Marcia Hur, Margarets youngest of the Verona, WI and myself, the oldest. Margaret has several grandchildren living in the Madison area including Patti Krueger Epstein and Sonja Lein.

One of the discoveries by Dan Kaiser, professor emeritus of Russian at Grinnell College and author of “Illegitimacy and Abortion in 1920’s -1930’s Grinnell” was that Margaret Voges’ step mother was a Korfmacher and sister of Dr. Edwin Korfmacher of Grinnell, my doctor. Coincidence ? I think not. Dr. Korfmacher was the key for Margaret coming to Grinnell mid term and he delivered me. Dr. Korfmacher suggested to my adoptive parents that there was a baby for adoption and would they consider the possibility? The rest is history. Margaret was a resident of the St. Francis Hospital from July 1935 to mid December 1936 when she returned to the Madison, WI area.

864 thoughts on “More About Margaret Madison”