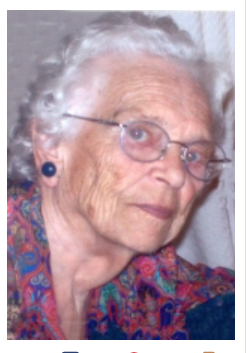 As mentioned in the previous “Some Years Later……” heading category on the birth certificate and in the St. Francis Hospital register of admissions of the the 1920’s and 30’s, Margaret Madison was my biological mother from Madison, WI. In this article  “Illegitimacy and Abortion in 1920’s -1930’s Grinnell” was mention in the list of of admissions the names, reason for admission, results and dismissal. Margaret Madison was listed about two thirds into the article. My daughter Sally came across this article and brought it to my attention, we talked to the other two girls and decided to move on the journey to find, if we could, my birth parents. There were many reasons for this search including and at the time foremost health history.

In deciding how to approach this Sara and I had some reluctance from the standpoint of acceptance of the the living siblings if we found them. Sam Sciorrotta, my son-in-law and husband of daughter Sue offered to do research and make contacts. He found the Margaret Madison in Kenosha, WI that had three daughters and had relocated in New Mexico. He was able to contact all three, oldest daughter volunteered to do a 24 hour sibling DNA with me. The results were negative. This was certainly a disappointment of sorts as we thought we were on the right track. We had big plans for a 2018 Christmas reunion in New Mexico with these new family members.

The next step moved forward was when daughter Sara was obsessed one evening to find out more information and came across a Margaret Voges from McFarland, WI. in a high school year book. Needless to say the name Madison used as my birth mother’s last name was not her given name. Sara did some more research and decided we should do an Ancestry.com DNA. We did. The result was astonishing. Sara and I had no experience with DNA so she hired DNA consultants on a retainer to help us through the maze.

The Ancestry.com DNA test matched me immediately. Our Ancestry.com consultants contacted the match to garner a feeling for the match and to see if there was a receptive response. There was. I was on my way to Florida for a Grinnell College Swimming and Diving team reception in Naples on the 6th of January 2019. We made an appointment with the Ancestry.com match for an initial conversation as we traveled that day from Vero Beach on the East Coast to Naples on the West Coast that was a three hour drive.

Next segment Our First Visit With Mary Jo

761 thoughts on “The Search For Margaret Madison Continues.”